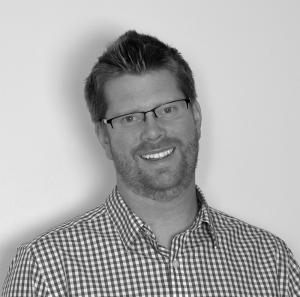 “If it wasn’t hard, it wouldn’t be worth doing.”

Stephen Powell has been working in the field of abstract painting for over 20 years. His preferred mediums include oil painting and silkscreen, and he cites the Impressionists as a major influence on his work. He especially appreciates Monet and his use of palette knives as opposed to brushes, allowing the ability to layer the paint onto the canvas. One of the major goals of his artwork is to create a new technique that has not existed before.

Stephen finds ideas for his work from history, and has based some of his previous work on the Industrial Revolution, and looking at metalwork and the importance of coal to this era. As evidence of his determination to find new ways of creating art, for future projects he is looking to create a realistic painting with abstract elements laid on top to create a unique texture. One of his own pieces that was formative to his work was a painting of the Eiffel Tower in the rain forest, a surrealist work he created using oil paints on canvas. It taught him that it was suitable to mix elements that people would normally not put together, and that it could even be beneficial, as his creations allow people to see familiar things in a new and different way.

With his preference for palette knives and even using his fingers to work with the paint, Stephen is strongly dedicated to the physical presence of his work. In order to complete a painting he will go through a process of hanging his work on the wall, taking a step back to observe it, and if it looks wrong to him he will take it back down again in order to edit the work. For some paintings, the work is done the first time, but for others he repeats this process three to four times until he is satisfied with the finished product.

Stephen feels that for many artists there is a danger where they can fail in the world of business and trying to turn a profit from their work if they lack the required knowledge to succeed. He states that “what sells art is the meaning of the work, not the work itself.” He believes it is important for artists to remember that they are ultimately creating art for people to have a joyful experience from it. While he acknowledges that managing these different elements of art and business can be difficult, he reminds us that in the end, “if it wasn’t hard, it wouldn’t be worth doing.”